Are you into the exciting history and beautiful buildings? Then you cannot miss this castle and former royal palace. Koldinghus castle was founded in 1268 by Erik Klipping who was the King of Denmark from 1259 to 1286.

Koldinghus has had several different functions over the centuries, such as a fortress, a royal palace, a ruin, a museum, and a negotiating place for numerous feuds. There have been glorious times and miserable times.

Today, Koldinghus functions as a historical museum, special art exhibition, gourmet restaurant, and surroundings, which can be used for public events, fairytale weddings, festive receptions, and much more.

You can read all about what you can experience at Koldinghus, so you can prepare for an exciting day in the name of history.

In the 13th century, the castle had an important location in Kolding in relation to defending the country’s border against the Duchy of Schleswig. Thus, in medieval times Koldinghus served as a defense fortress and was known as Arensborg or Ørneborg. It was not until 1451 that it became known as Koldinghus.

Throughout medieval times, the location of Koldinghus made it one of the most important castles in the country. Although many fortresses in Jutland were demolished, both Koldinghus and Riberhus were preserved, as they were important defenses against the southern border. Due to the location, many meetings and negotiations regarding South Jutland’s relation with the rest of the kingdom were moved to Koldinghus.

In 1536 Koldinghus went from being a defense fortress into being a Renaissance castle when Christian III of Denmark ascended the throne after the Danish civil war in 1534-36. Christian III and his wife Queen Dorothea removed all traces of the castle and converted it into a royal residence. Koldinghus thus became Denmark’s first civilian castle.

After several centuries with various resident kings, the castle was left deserted in two horrifying days. The night of March 29-30 a fire broke out in the chimney connected to the fireplace in the guardroom inside the castle. The fire could not be fought and left Koldinghus as a ruin.

It was not until 60 years after that the idea of rebuilding the ruins of the castle arose after H.C. Andersen had commented on the preservation and protection of this. However, this was hindered by the war in 1864 and it was not until 1890 that the reconstruction really started. At this point, the museum inside Koldinghus was established, which was the driving force behind the restoration. The final result was launched in the 1970s and can still be experienced at Koldinghus castle.

Visit the museum at Koldinghus

At the museum at Koldinghus, you can experience the story told in the real surroundings. The museum is divided into several different departments, and it is recommended that you start in the history center. Here you can get a short overview of the history of the castle while looking at the models of the castle. You will experience the castle as a defense castle, royal palace, ruin, and during the restoration. This will give you a good overview of the exciting story that has taken place at Koldinghus - without having to read long and heavy texts about history. The history center also shows how the kings of Denmark used Koldinghus as a defense against the southern border, royal palace, and about the fire, that left the castle as scorched ruins, through pictures and objects.

If you are more interested in the gruesome fire and the restoration of the castle, it is possible to watch a movie about Koldinghus then and now. This takes place in the Ruin Hall. There you can get an insight into the thoughts behind the restoration, and footage from Queen Margrethe’s inauguration of the museum in 1989.

There are several permanent exhibitions at the museum at Koldinghus, which includes interiors from the 16th century to the present and older Danish crafts with a special focus on Danish gold and silver.

A particularly exciting exhibition that you can always experience at Koldinghus is the story of Christian IV of Denmark, which features his great times and the fall of the king. The king is the most fabled royal in Denmark and has lived at Koldinghus for extended periods throughout his life.

Exhibitions at the museum at Koldinghus

In 2019 Koldinghus took over the Danish Arts Foundation’s Jewelry Collection, where private individuals can loan a piece of jewelry if they will appear in public contexts. It can be members of the Danish parliament or other people with an active role in a public or official event. It can also be artists who hold or participate in an exhibition preview, concert, reading, or premiere tour. The idea behind the loan agreement is to create a focus on Danish jewelry. Jewelry is created to be worn and displayed.

The museum visitors can experience these pieces of jewelry in the exhibition “Our Jewellery”. The jewelry is unique Danish jewelry art from the last four decades.

At the museum, there are always temporary exhibitions that can be experienced for short or long periods of time. Every autumn there is an exhibition from the Design School in Kolding. Newly graduated designers are in this connection allowed to show their graduation projects in the beautiful, historic Ruin Hall.

Often the temporary exhibitions have an element of history, art, or design. If you are interested in seeing which exhibits are on display at Koldinghus museum, all this is available on their website.

Dive into the spirit of Christmas at Koldinghus Christmas market

If you are considering a visit to Koldinghus in December, you will have an experience out of the ordinary. Every year Koldingshus hosts an amazing Christmas market with more than 80 exhibitors. Among other things, you can experience a food market with Christmas baking, Christmas schnapps, special Christmas beer, and all other imaginable Christmas specialties.

The castle will be decorated, and Christmas music will we played in the Knights’ Hall, where you can also enjoy æbleskiver (small cake of batter cooked over the fire in a special kind of pan), coffee, tea, soda, and organic juice. If you brought children, they have the opportunity to attend Christmas workshops.

It is not only indoors that the Christmas spirit is top-notch. In the castle courtyard, there is a large heated tent, where you can buy mulled wine, crullers, and candy apples. You will for sure find your Christmas spirit with a glass of steaming mulled wine in one hand, an æbleskive in the other, and the sounds of Christmas music surrounding you.

The gourmet restaurant at Koldinghus

Koldinghus is centrally located in Kolding, where you among other things can find a gourmet restaurant. Restaurant Madkælderen can be used by visitors to the castle, but you can also enter without paying entrance to the museum.

Madkælderen is located in the cozy basement underneath the north wing of Koldinghus castle. The atmosphere is authentic, and the staff takes their time for all guests. They take pride in creating a gourmet experience for you and your loved ones. At the restaurant, local produce is used to present a luxurious lunch buffet or a unique dinner.

If you visit Koldinghus during the day it is recommended to try out Madkælderen’s lunch table, which is packed with Danish, traditional lunch dishes. The lunch is made even more special when consumed in the beautiful and historic surroundings in the castle basement. In the 18th century the premises were functioning as a confectioner’s shop and today the love of cooking is passed on. The respect for maintaining and displaying the old brickwork and the vaulted roofs makes the experience even more authentic.

Experience an evening at Madkælderen

A special evening that you can experience on Thursday, Friday, and Saturday during your stay in Kolding, is a unique dinner at the castle. Madkælderen at Koldinghus has put together a full evening experience focusing on seasonal ingredients from small producers in the immediate area, as well as lots of flavors and surprises.

The evening menu that is consumed in the beautiful and authentic surroundings, is characterized by the historical ambiance, that you get from the basement’s raw brickwork.

Each month a new menu is put together, starting with an aperitif and snacks, followed by four courses. With the food, you can get a wine buffet, where you help yourself during the entire dinner. If you are not into wine, an alternative is a carefully composed juice menu tailored for each dish. The evening is completed with coffee, a glass of liqueur, and sweets. If you need to secure a spot, you need to make a reservation.

If you are in Kolding and looking for a special taste experience and sensation, do not miss out on this chance of a historic evening at the restaurant Madkælderen at Koldinghus.

Have a fairytale wedding at Koldinghus

Koldinghus offers the chance for you and your future husband or wife to experience the most important day of your life in fairytale-like and historical settings.

You can be married in the beautiful church hall or one of the castle’s halls. You can both have a civil and ecclesial wedding, depending on your preference.

After the wedding, both the reception and the wedding party can be held on the premises at Koldinghus. There are many historic rooms that are ideal for hosting a memorable party. It can for example be in Christians III’s chapel, which has direct access to the castle yard or the beautiful chapel of the castle with the impressive hall.

In collaboration with the restaurant Madkælderen, table arrangement and menu are planned so that you do not have to think about anything but each other and your guests on this important day. Madkælderen’s professional staff will serve gourmet food in a fantastic setting that will give you the fairytale wedding you have always dreamed of.

After the wedding, you can also spend the night at Kolding Hotel Apartments, which is a collaborator of Koldinghus.

What are the opening hours at Koldinghus?

Koldinghus is open every day from 10 am to 5 pm. However, ticket sales stop 30 minutes before closing time.

There are some days during the year, where the castle is closed for visitors:

If you have a special event and would like to visit the museum outside of the opening hours, that is also a possibility. However, expenses for entrance, tour, and security personnel will be expected. At least two guards on a guided tour are required, and three if you want to walk around on your own. For instance, in connection to festive occasions, weddings, or special private tours of the museum exhibitions.

Restaurant Madkælderen is open every day from 11 am to 4:30 pm for lunch. On Thursday, Friday, and Saturday the restaurant is also open for dinner from 6:30 pm to 10 pm, where table reservation is required. You can always visit the restaurant without visiting the museum.

What does an admission ticket to Koldinghus cost?

The admission price depends on whether you visit the museum during the high season or low season. The admission price for adults ranges from DKK 110-125. Children and young people up to 17 years are free all year round. If you are a student or a pensioner, you can get a discount. For groups of at least 10 persons, the price is only DKK 90 per person.

You can join the museum club Koldinghus if you know that you will visit the museum several times throughout the year. If you visit the museum more than twice it is worth buying an annual pass to Koldinghus. You get free admission, invitations to all exhibition openings, lectures, club nights, etc., and a 10% discount in the museum shop.  In addition to those benefits, you also support Koldinghus through your membership. If you wish to support the castle and museum additionally, a large number of tasks are undertaken by volunteers. It is crucial for Koldinghus that people want to support the place, in order to pass on culture and history. 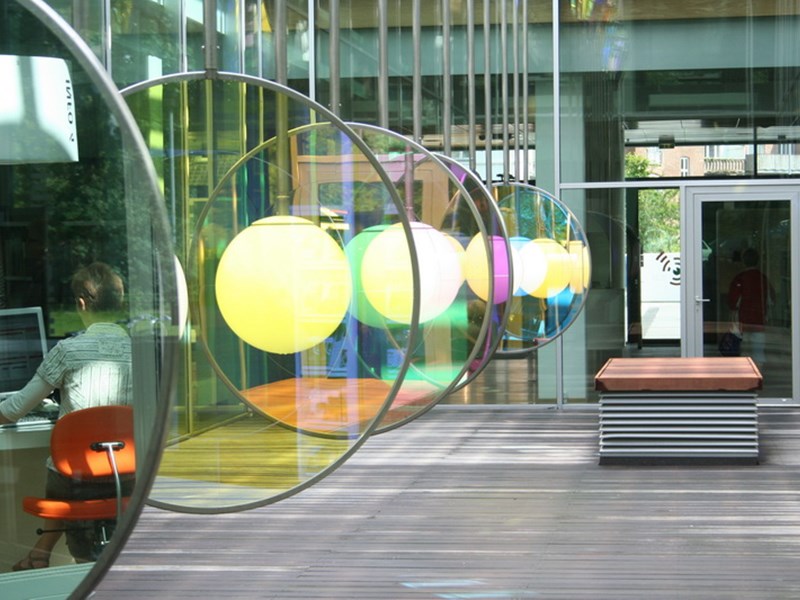 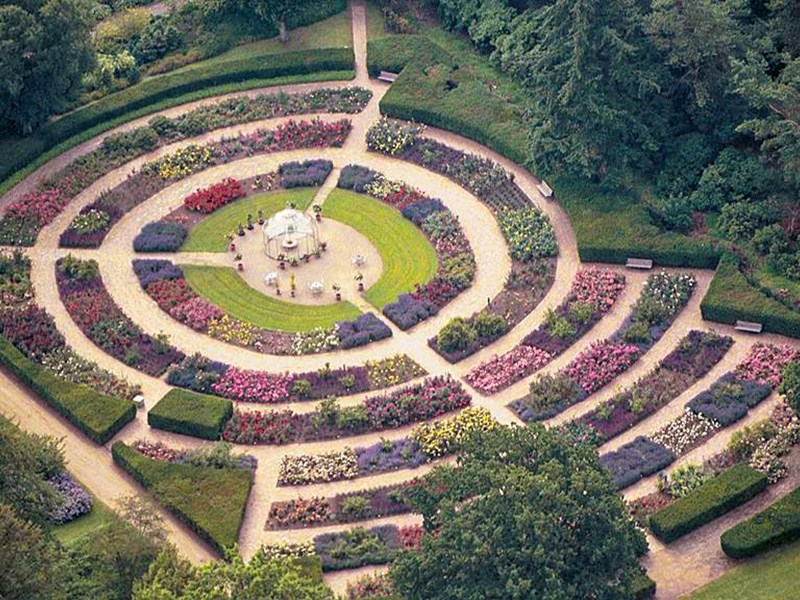 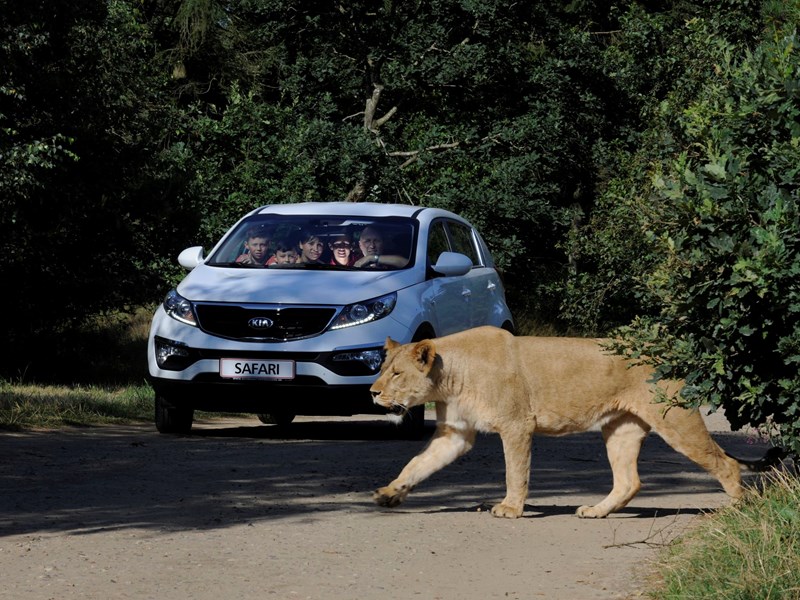